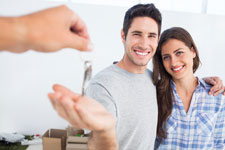 Birmingham is the largest city in the State of Alabama. It is the county seat of Jefferson County and is home to approximately 242,800 residents. The city is part of the Birmingham-Hoover Metropolitan Statistical Area with a population of about 1,128,000 according to the 2010 Census, which is approximately one quarter of the state’s population. It is connected by three interstates, two major railroads, and several airports.

Birmingham, Alabama is nestled at the foothills of the Appalachian Mountains at the cross-section of two major railroads. Once the primary industrial center of the southern United States, at the height of the nation’s manufacturing age, and the cradle of the American Civil Rights Movement, today Birmingham is home to world-class medical research institutions, an award-winning culinary scene, a burgeoning loft community, and one of the nation’s most livable cities with a diverse and vibrant downtown.